Racing in fun. And so are racing games. You might have played allot of games. Out of which you liked some and disliked many. And so there is the difference. Every racing game has its features, graphics, versions, updates, cheats and speed that makes it different ad unique. That's what makes it interesting. Here I am sharing with you my list of top 10 PC racing games in the world. The best racing games I have got and will try to cover a vast area. Just have a look.

But before starting I would like to share with you my earlier post. It is a guide on how you can download WhatsApp for PC. Many times you have trouble with androids or just for comfort you think it would be better if you could install WhatsApp on Windows XP, 7, 8, Vista or any other version of yours. But don't know how to do that. Then I have found a solution. Just check this out - WhatsApp for PC free download Windows XP, 7, 8, Vista.


Lets get back to our count down of top 10 PC racing games in the world. 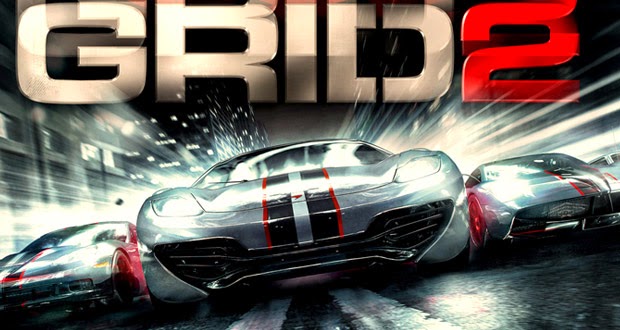 Developed by Codemasters, GRID 2 is an awesome PC racing game. The game is for all type of players. Thr first type with a serious desire to modify, level up and get a branded character with a illuminating model that could if not equate then surpass the race strikers of Fast and the Furious. And the second type who like to race on fancy happy go lucky arcade lunatic versions that have rash drives, big dam doom and some real arcade fun. I come in the latter. GRID two serves both the purposes. Codemasters have launched this as a sequel of GRID released somewhere in 2008.


GRID 2 has many new features. It comes with a rewind feature that allows you to go back a few hundred meters and try a different approach. It is a feature that saves allot of restart for beginners. Many times you crash horribly around a corner just at the start and then no matter why you don't want to continue but restart the game. In that case the rewind feature is for you. It saves the restarts and let you continue your game at your comfort. Top Gear watching pillock. Its good. When you race in the career mode you have to please you audience, gain fans and satisfy your sponsors. The growing fan following with take your interest high up in the career.

But like every coin has two sides. The games catches you for cutting corners when you have not done do. Moreover, it doesn't make effort to penalize you at your penalties at times.

Looking at the above features, GRID 2 is ranked 10 among the top 10 PC racing games in the world. Visit GRID 2 official site. 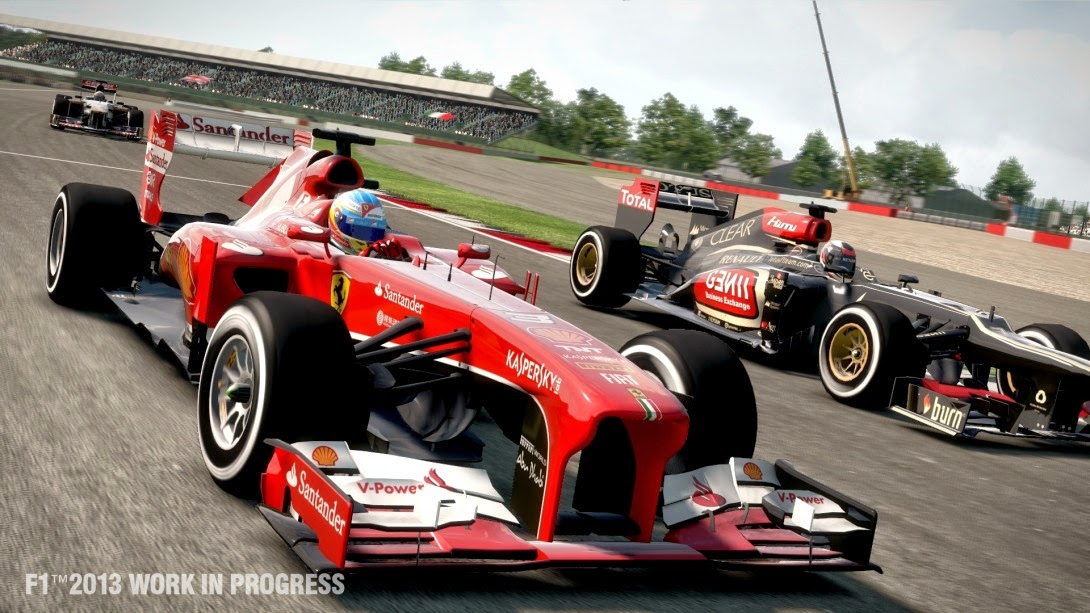 F1 2013 is another quality PC racing game from Codemasters. It was launched on 4 October, 2013 for Playstation 30, Xbox and PC. Now Codemasters have offered somethings really great in it. The modified design, the fresh styles and the look. They haven't merely included driver's names but the whole of 19 original circuits of FIA Formula One 2013 is offered to choose from. Moreover, the whole 22 drivers with 11 teams are present to relive your digitized racing world.

F1 2013 allows you to drive in your season. The weathers change sometimes rainy and sometimes stormy with slope of rain water at corners making you drive fully risky. And as you speed up to have some real fun the dust and dirt on the track flies all around giving you the tough feeling of real F1 races in the world. Moreover, you can choose your player, customize tracks for you season, you can pass your newly created driver through Young Driver Test weekend to see if he really stand on your expectations before you choose him to drive for the whole five year career. Also, you can save the game in the mid way.


But besides all the great features it has reported some setbacks by its fans. In wet races bot speed is random and time is not proportionate. The flag system and penalties are not that accurate. F1 2013 faces online problems and cheating in world TT.

But overall, the game is good and you should give it a try. Looking at all the above points the game is set to 9th position in the list of top 10 PC racing games. Visit F1 2013 official game site. 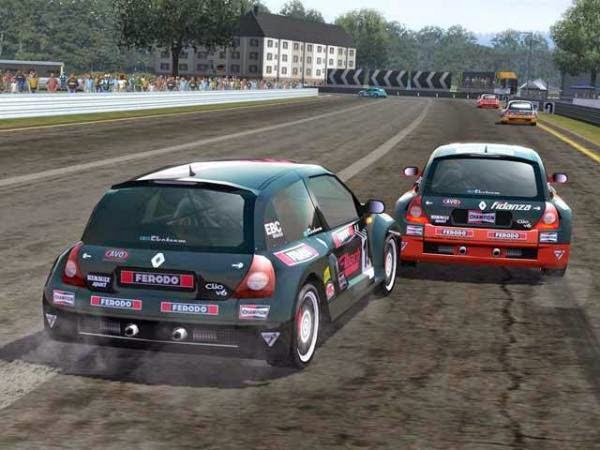 TOCA Race Driver 3 is something I like because of simplicity. TRD 3 gives the racer a casual accessible ride along with keeping the sim fans happy. Moreover, along with simplicity it offers variety. The motor sports in the game are divided into six categories including touring car, open wheel, GT, off road, historic and oval. Thus you can choose according to your mood. Race with a formula 1 car for a while and then switch on to monster trucks or speed up your oval car racing tearing the 70 muscle car championship. Also this series that world tour mode which allows you to try all the races in the world making your fancy journey of a racer fantastic.

Even if you are curious about about specialization and want to modify design with accuracy you have a whole canvas to color on. Enter the TRD 3 Pro career mode choose a discipline and drive along the way unlocking new sports, cars on the way to your championships.This racing game is provided with good handling, fierce AI and gritty, dynamic model change and most precious the feeling to be in the world of reality.


Besides these quality features the game lacks some important things. According to reports when you choose high difficulty levels the computer operated cars become suicidal bombs. They began crashing through you to improve their position. Handling of some open wheeled motors are not up to the mark. They keep wandering here and there when you really need a good control. Tracks are good when the game is running but when it comes to replays, they are crap.

Overall, the game is good and great when it comes to simplicity and variety. And hence it stand at 8th position in my list of top 10 PC racing games in the world. 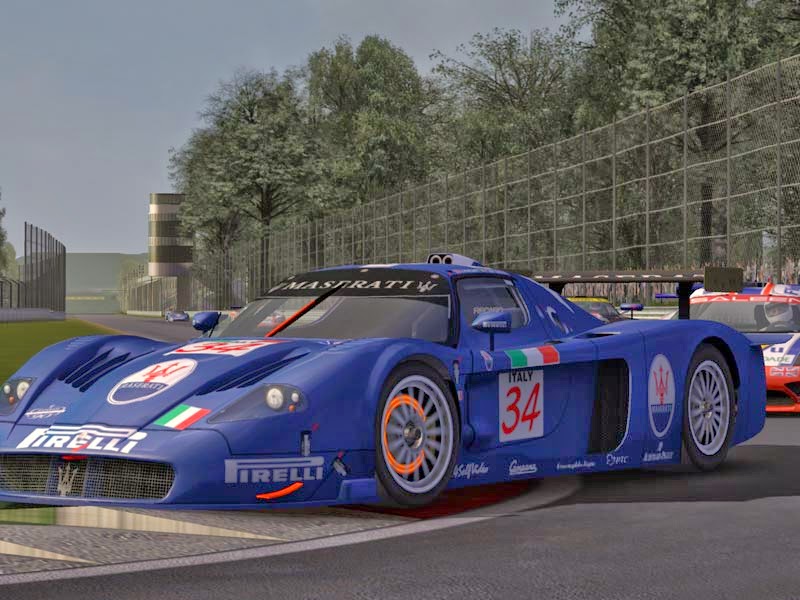 Released in the year 2006, GTR 2 maintains its rank on 7th position. The handling model and physics of the game are close to perfect. The balancing of the stimulation of the drive and audio and visual feedback are the key concept that let you push beyond the ability of your car. You can drift and slide around the corners by judging the tracks with audio-visual stimulation provided. The handling blows off the mind in the race. Consider your race half won if you are successful in keeping your ride on the track. It will get disturbed and slip over the tracks punishing you with delays and off drives. But the drive serves a sense of power when you put your foot on the pedal to command a 600 horsepower engine that gives a boost to your ride. But handling all these is a not an easy task. Regular practice and dedication is required to reach the top positions. Casual player may find it normal but until and unless you have a quality steering wheel and a good pedal controller don't even think to start the engine. Its gonna blow you off!


A driving school mode is provided for the beginners. It has ideal tracks and comfortable racing line where you can hustle your ride and learn some tricks and tips of the trade. And the time trial mode allows you to compare the your current racing line with the hottest laps. Find alternatives to use when another car is blocking you or your car is wet or any other adverse situation. Overall, this racing game takes to you a world of racers that demand a high commitment. Though somewhat far from the reality, this game is liked many many racers.