How To Block a Number In Windows Phone?

Windows Phone are great with friendly user interface and smooth processing. They serve many quality features and come mostly in Nokia mobiles. Nokia and their Windows OS are the first choice of many mobile phone users. But many times you get irritated or disturbed by anyone who is calling you frequently. A company or a sales person who has your number and wants you to buy its product. Or something like that. Then you might think it would be better if their number could be locked in some way. And if you want to block a number you are at the right place. Here is a guide on "How to block a number in Windows phone?".


Block Any Number in Windows Phone With Nokia

Nokia has Windows operating system running in it. Till now Windows or any other OS didn't had facility to block any incoming calls or SMS text messages. But with Nokia things are different now. Nokia has came up with the needs of many of its users. Nokia has given an option of "Call + SMS filter" in their settings. 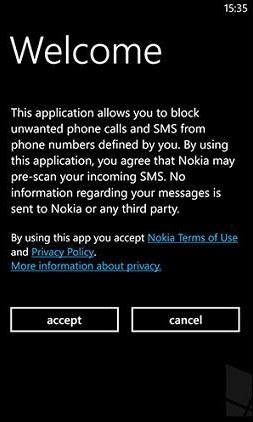 Above is a image showing the Welcome message of the feature. It reads " This application allows you to block unwanted phone calls and SMS from phone numbers defined by you. By using this application, you agree that Nokia may pre-scan your incoming SMS. No information regarding your messages is sent to Nokia or any third party". Just accept these terms and continue. 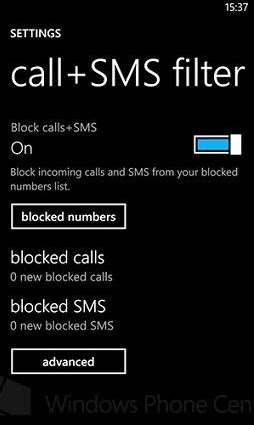 You can make a list of numbers you want to block and can feed those numbers in your Windows phone. You phone will automatically scan the number from which text messages or call are coming and will block them i you have chosen to. There is an advanced setting option where you can choose to block or unblock all numbers at once. Also, you can choose to receive notifications about the calls and text messages from the numbers you have blocked. 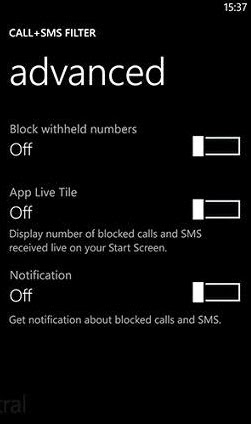 So this was the feature from Nokia. No other company has made a step in this direction till yet. But what if you are not a Nokia user. Still is there any other way by which you can block a number in Windows Phone? Answer is YES. You can do this by using your carrier.

Block A Number In Windows Phone Using Your Carrier

Rather, whatever carrier you may use. Just log in to their website and manage your blocked number settings. From there you can change the numbers in the blocked numbers list and prevent them for calling or texting you.

Many quality antivirus softwares offer the feature of blocking numbers. I have shared a list of top 5 free best antivirus which have many quality antivirus out of which most comes with the feature of blocking unwanted mobile number from contacting you. The antivirus in the above list are for android. You have to download them for Windows phone by your own. Just after download go to their settings option and block the numbers you don't want. Below is a image of Avast Antivirus for mobile that shows the call filter option. 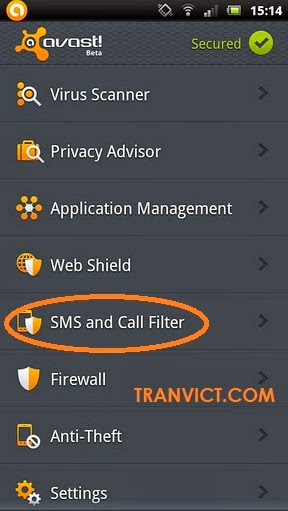 Another image of Norton Mobile Security that allows you to block unwanted calls and SMS. Have a look. 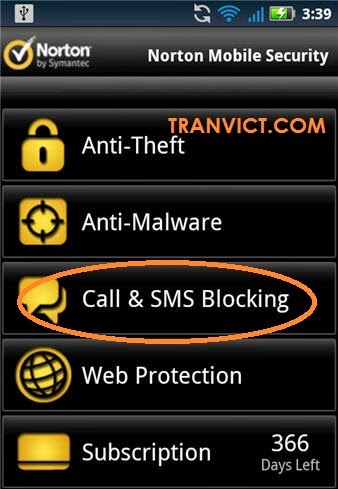 So this was all. Do check the above methods if they work for you. Just keep checking the post, I will update it as soon as I get something new that could help to block a number in Windows phone.